The elusive triple major: feared by most, attempted by few, and almost unheard of entirely. But what does it actually mean to be a part of the few students who elect to undergo this endeavor? I talked with three of my friends who have decided to pursue three majors—Jillian Breithaupt and Elizabeth Tighe, both sophomores, and Shawn Cummings, a junior—to get a few different perspectives on what it’s like to tackle this challenge. 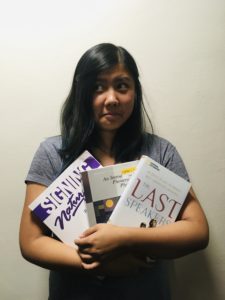 What are your majors? Do you have any minors? And what do you do outside of the classroom (clubs, sports, councils, jobs, etc.)?

JB: I’m majoring in linguistics, anthropology, and ASL, minoring in French and Japanese, and clustering in brain and cognitive sciences! Outside of class, I’m an engagement intern for Hillel, the VP of SALSEROS, a workshop leader for LIN 110, I play the carillon, regularly attend any and all Jewish events on campus, and participate in a bunch of research studies.

ET: I am majoring in math, music, and theatre, and at the moment I am a French minor.

SC: I’m pursuing a BS in brain and cognitive sciences as well as two BAs in music and linguistics. I’m minoring in English along the theatre track. Outside the classroom I’m the general manager for the Midnight Ramblers, I’m part of The Opposite of People Theatre Company, and I have a research fellowship with the Humanities Center. I currently hold four jobs on campus: I’m an RA, a tech assistant in the music department, a Meridian, and I work for the box office at URITP. In my free time I climb rocks.

What made you want to triple major?

JB: I was originally a double major in linguistics and anthropology because the school doesn’t have a linguistic anthropology program. But after my first ASL class here, I loved it so much that decided to add that as a major too. My biggest weakness is saying “it’s just another [x-amount] of classes.”

ET: I wanted to triple major because these are things I’ve always wanted to study, and there are classes I enjoyed that I had done prior to coming to school here. I want to do performing arts as my job, but I also like math, and it’s a great way to create financial stability for myself where performing arts might not.

SC: I want to research how music functions as a language. That one question combines the three fields of music, BCS, and linguistics, and I couldn’t pick just one without feeling like I’d be missing part of the puzzle. I’m also constantly aware that I’m paying to go to a fancy private school, and I try to do everything I can to maximize my experience and bring down my cost per credit hour.

What’s the most difficult thing about it?

JB: The amount of time spent in class and balancing that with everything else going on. I joke that I’m like a mom because I’m in class 25 hours a week, work another couple, and put a hot meal on the table 4-5 nights a week.

ET: Honestly just setting up what classes I’ll take each semester. It’s doable certainly to work everything out but it can be kind of a puzzle sometimes.

SC: The workload is tough. I take about double the coursework per semester of a ‘normal’ student, and the weeks where I’m up until 3 or 4 every night make me question whether it’s worth it.

What do you think is the biggest misconception about triple majoring?

JB: That we don’t get sleep? I sleep about 9 hours every night or else I don’t function super well.

ET: The biggest misconception I feel like is that triple majoring is incredibly hard and will be nothing but draining. It’s really not. There are certainly majors you can pick where doing all three would probably be pretty taxing just out of the nature of the subjects, but triple majoring, in general, does not at all have to be like that.

SC: There are a bunch of misconceptions about triple majoring, with “you must have no life,” “you must be some sort of genius/prodigy,” and “are you okay?/you must be one step from burnout” being the ones I encounter most. I don’t have too much of an issue with these, because anyone who knows me to any real degree can see that they really aren’t true. Triple-majoring isn’t as mystical or even as impressive as I think a lot of people assume; triple-majors are pretty normal people who just take more classes than everyone else.

What’s the best thing about being a triple major?

JB: The best thing about it is probably that I would’ve taken all of the classes I need for my majors even if they weren’t toward anything! Every class that I’ve chosen is something that I’m interested in and passionate about, and it’s just a perk that they all fit into various majors, minors, etc.

ET: I don’t have to limit myself when it comes to what I’m studying and want I want to do with my future. It also helps me feel more balanced with work because I don’t get drained by math, but I also get a break from rehearsals and practicing.

SC: I love being able to bring the perspective of three different fields to whatever subject I’m learning. Concepts like “perception” mean completely different things to musicians, linguists, and cognitive scientists, and the fact that I can integrate those percepts makes me feel that I’m more fully aware of the ideas and their implications. It’s also nice to feel qualified in a unique way. No one I know on campus is doing exactly what I am, so I don’t feel like just a number or a face in the crowd. I’m going to leave UR as the only person to have done what I’m doing, and there’s something really cool about that.

So there you have it. Triple majors are just normal people who take more classes than everyone else. It makes a lot of sense when you think about it. Some students focus more heavily on sports, or councils, or other clubs. Some have jobs that take up their free time. Others spend time with friends, go out an explore, or stay home and create. Triple majoring is just another way to focus your energies on interests that matter to you. And Rochester gives you this flexibility!