What is Rare Books? If you haven’t spent much time exploring the vast expanses of Rush Rhees Library, you might not ever encountered it. It’s a small library, tucked away on the second floor. But if you walk into the Great Hall, take a left, then a right, and walk to the end of the corridor, you’ll discover a hidden gem of history and literature: Rare Books, Special Collections & Preservation. 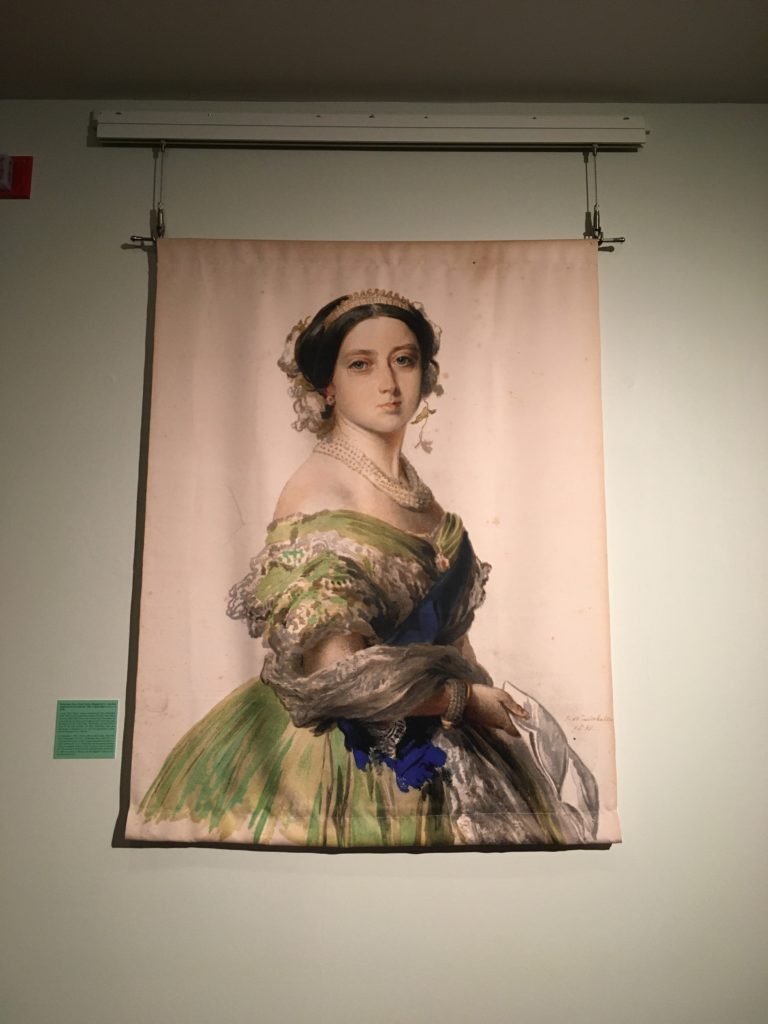 When you first enter Rare Books, their current temporary exhibition will be displayed to your right and ahead, and may contain paintings, journal entries, pottery, and any number of other artifacts. Next year, Rare Books will be creating a new exhibit, as will most libraries across the country, centered around women’s suffrage, as the centennial anniversary of the 19th Amendment is just around the corner. But right now, this section of Rush Rhees has just wrapped up a beautiful exhibit on Queen Victoria. I made sure to stop in to see this exhibit before it closed in late December.

The exhibit begins with a collection of photos, newspapers, and other paper artifacts from Queen Victoria’s reign, including beautiful color depictions of her full carriage procession at her coronation. As you continue further into the exhibit, a full timeline of her reign opens up before you. It follows a chronological journey through Victoria’s life. Starting with her birth, through her coronation (she ascended to the throne at the age of 18), marriage to her cousin Albert, the births of her children and grandchildren, all the way up until her death and including the lasting legacy she left. There are newspaper articles, photographs of Victoria and her family, and tons of hilarious other memorabilia from her era—children’s books, cups, fabric, trick photos in which a drawing of rose turns into one of Victoria on her throne when held up to the light. My favorite was a 20th century wire chair that is designed to be fashioned in her image, an interesting intersection of art and history.

There are personal accounts from Victoria, as well as family members, servants or friends, as well as more academic sources from journalists or historians. It’s an incredible chance to see a great breadth of primary sources.

But while I could sing the praises of the Queen Victoria exhibit forever, it is only a temporary exhibit, and the real treasure is the Rare Books’ archives of books and the expertise and help from its librarians. I think it’s crazy that so many people at Rochester have never even heard of Rare Books, and only a small percentage actually utilizes its resources.

I’ve personally been on two class field trips to Rare Books—once for a history class (Sex, Science and Society in Victorian Britain), and once for English (History of English). Both times, one of the librarians had set up in order for us to pour over—we got to look at old novels, grammar and spelling books, dictionaries, and more. We looked at differences in spelling, grammar, orthography (the study of spelling systems), paleography (the study of handwriting), tone and formality, and more.

The librarians there are wonderful, and are more than willing to help you find exactly what you need for any kind of project, paper, or just for fun. Going in to look at the books is a whole procedure, it’s a little detective-esque. No rings or dangly jewelry, scarves, or big coats. You have to make sure nothing you’re wearing could damage the books at all, and you usually have to wear gloves as well. If you’re using a book for research, they’ll prop it up on these little book stands on either side, so you do minimal damage to the spine. They even have magnifying glasses so you don’t need to get too close to the books (I guess in case you sneeze on them 😉 ).

I’m really sad to think there are students at the University who have never stepped foot in Rare Books, because I think it’s such a special and unique place on campus, a resource unlike any other. If you have the chance, stop by and step into the past.