There’s a new kind of theatre happening at Todd Theatre: an unpredictable, immersive, ambitious, and challenging production of Everybody, a contemporary re-imagining of the medieval play Everyman. The play, written by Brandon Jacobs-Jenkins was a finalist for the 2018 Pulitzer Prize, utilizes a lottery to determine which actor plays which role for each performance, leading to 120 possible versions of the play.

For any theatre maker, rehearsing a production like this is a daunting task, but for the 10-person cast of Everybody at Todd Theatre, helmed by their fearless, nationally-acclaimed director Pirronne Yousefzadeh, the task is a welcome challenge.

I was so lucky to interview Pirronne about her inspirations for mounting this play, her experiences working with Rochester student actors, and what makes the University of Rochester International Theatre Program (URITP) capable of such a theatrical feat. 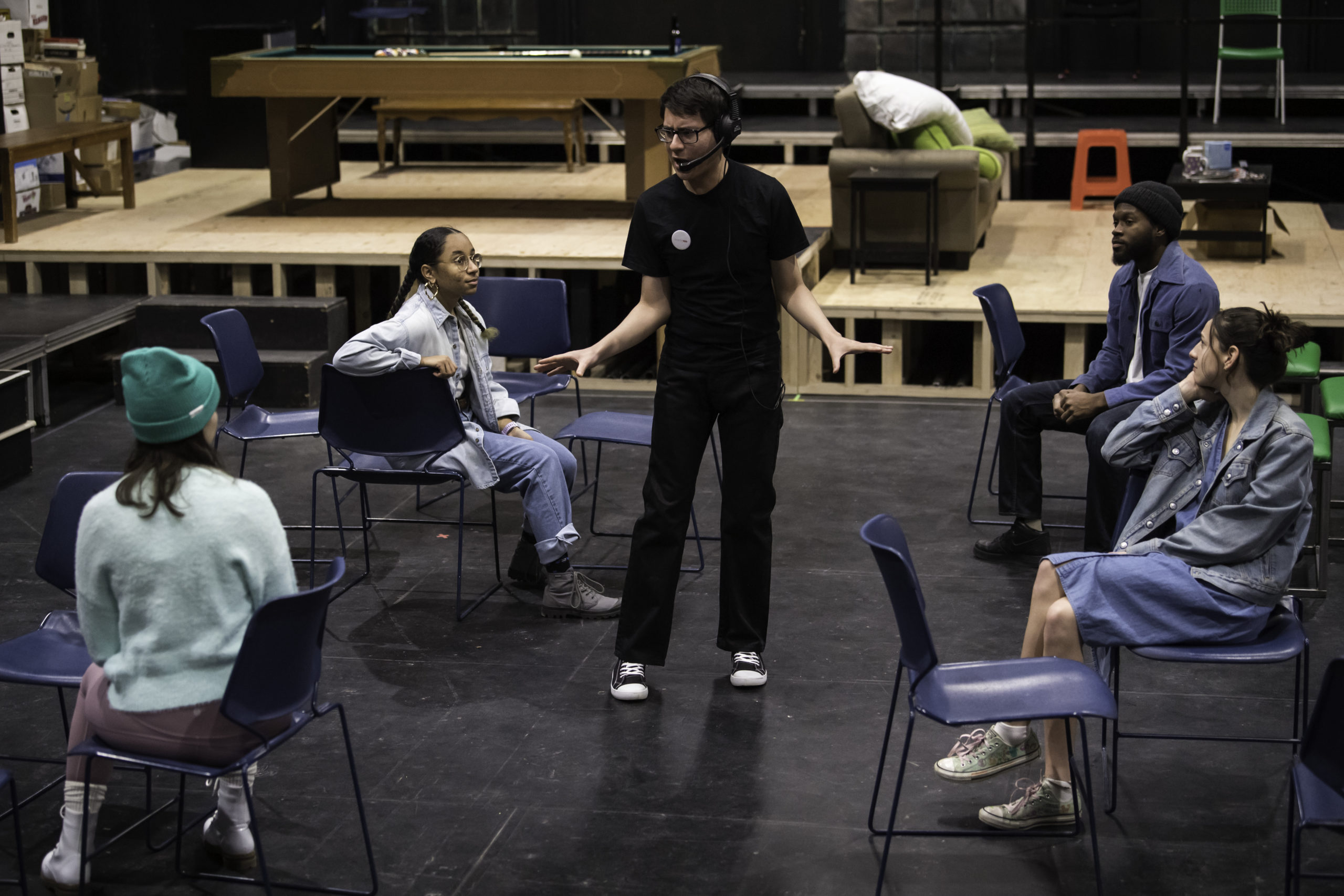 Isabel Hudson, Jayda Medina, Hernan Sanchez Garcia, Oti Yonwuren and Daniela Shapiro are seen in Todd Theatre during a rehearsal of Everybody on February 5, 2020. // photo by J. Adam Fenster / University of Rochester

E: What inspired you to choose Everybody for the URITP?

P: I chose Everybody for a number of reasons. I think that it’s critical for students to get a sense of what’s happening in the American theatre right now, and to be exposed to contemporary voices. The play deals with how we grapple with our mortality, and I was interested in seeing how that would resonate with students who are keenly aware of the dangers of climate change and the regularity with which our country experiences mass shootings. When I was their age, I think I was relatively sheltered (and the world was a bit safer), and so I was interested in seeing how this play would resonate with a group of students who are continually facing life’s fragility.

E: What has your experience been like working with the student actors?

P: The students here are remarkably hard-working and driven, and each have many diverse interests and passions. This show is unique in its challenges: because the actors’ roles are chosen by lottery every night, they essentially have to know the entire play, so the level of preparation required is significantly greater than what would normally happen (i.e., being cast to play one role, consistently). It’s been a privilege to see how they are rising to these challenges, and developing and strengthening their performances every day.

E: It’s uncommon for visiting directors to return to Rochester after they have directed a show here: what convinced you to return after Circle Mirror Transformation in 2016?

P: I had a wonderful time working on Circle Mirror Transformation, and I love that Nigel invites artistic risk and bold programming in the Todd season. Whereas I came to U of R as a freelancer in 2016, nowadays, I live here; I’m the Associate Artistic Director and Director of Engagement at Geva Theatre Center. It’s wonderful to return to U of R as a local and as a part of Rochester’s artistic community.

E: What do you hope audiences will walk away with after seeing Everybody?

P: I think every audience member will certainly have their own unique experience. I know that, for me, the play makes me think about how I’m living my life, and whether that is as much a reflection of my values as it can be. 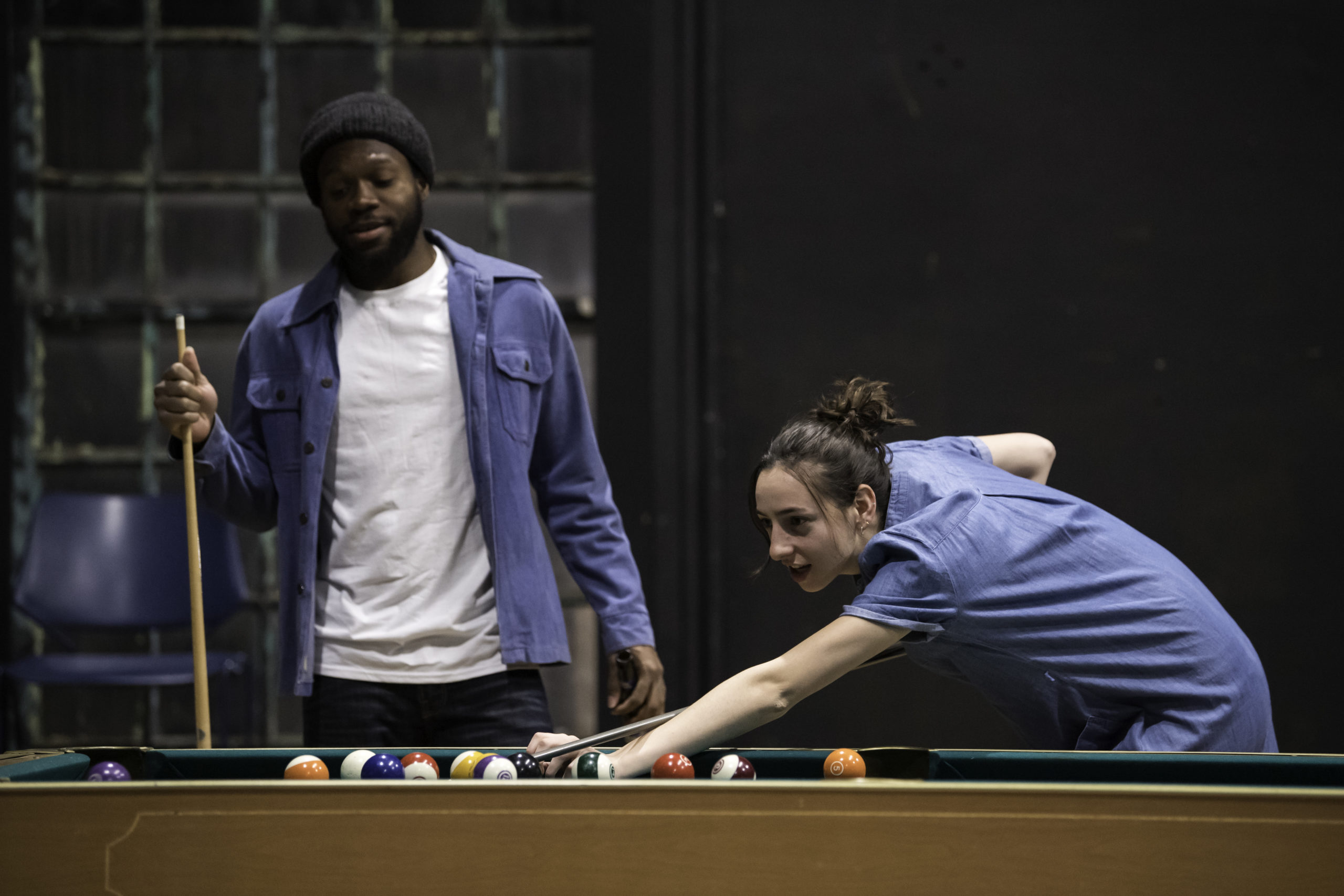 Oti Yonwuren, left and Daniela Shapiro in rehearsal for Everybody  // photo by J. Adam Fenster / University of Rochester

E: What makes the URITP program special, in your opinion?

P: It’s rare to do a show as experimental, bold, and epic as this one and experience such profound support within an undergraduate department. We are attempting to execute some highly complicated gestures, and the design of the show as a whole is pretty ambitious. It’s rare to work within a department where this is such a shared enthusiasm and a culture of “yes,” as it were, in order to make the impossible suddenly possible. 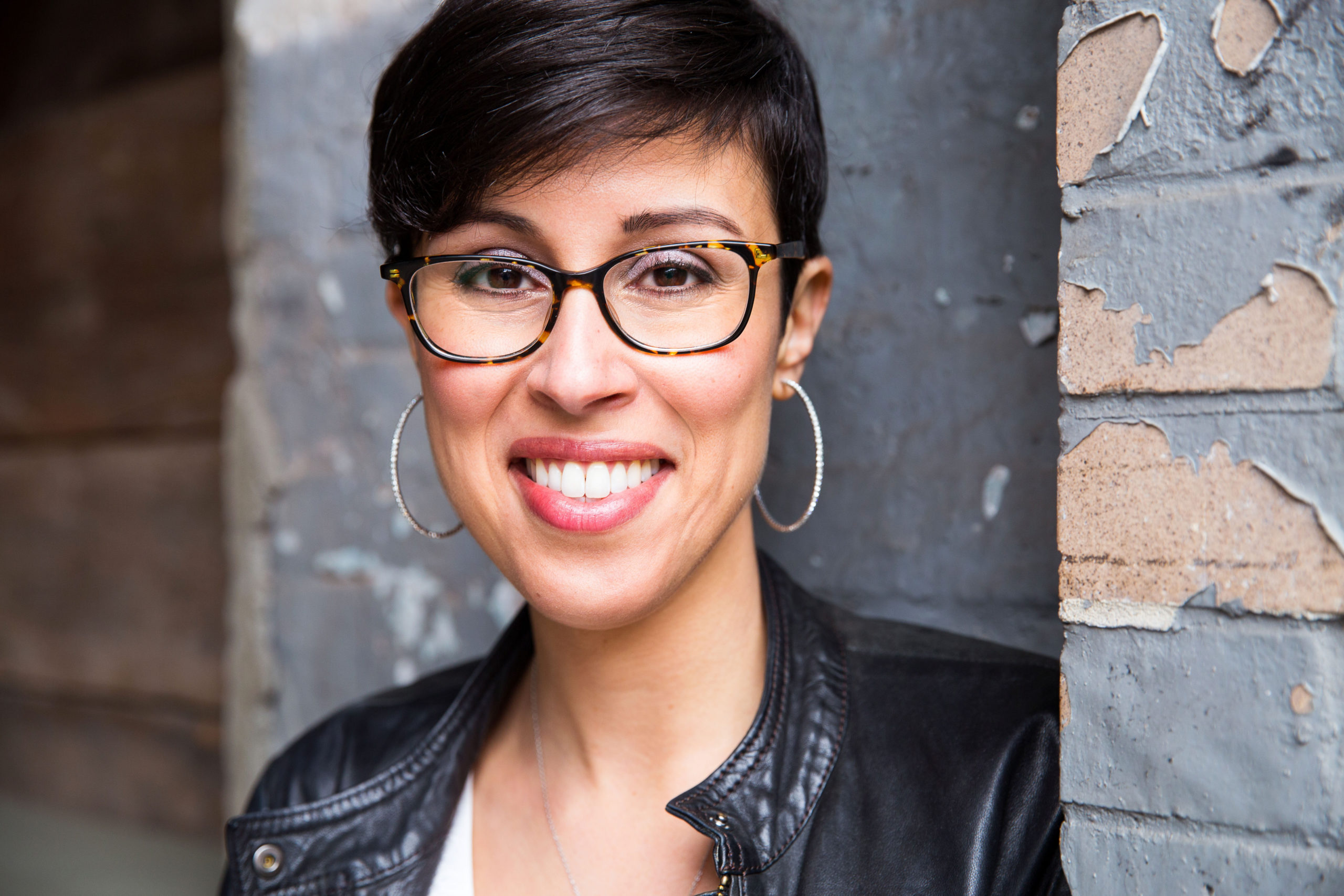 Pirronne Yousefzadeh was recently appointed Associate Artistic Director and Director of Engagement at Geva Theatre Center. She has directed and developed work at The Public/Joe’s Pub, Playwrights Horizons, New York Theatre Workshop, Ars Nova, Soho Rep, and many other theatre programs. She has served on the faculty at The University of Texas at Austin and Rutgers University, and as a guest director at Yale School of Drama, Juilliard, and Fordham University, among others. Pirronne is a founding member of Maia Directors, a consulting group for artists and organizations engaging with stories from the Middle East and beyond. Upcoming productions include Vietgone by Qui Nguyen (Geva Theatre Center). MFA, Columbia University. Proud Member, SDC. pirronne.com; maiadirectors.com

Everybody opens on Thursday, February 27 and runs through Saturday, March 7. Performance and ticketing information can be found on the International Theatre Program website.  Check out the official Everybody promo video.