If there was one thing I was not prepared for prior to coming to college, it was the amount of diverse people I would meet.

I come from Omaha, Nebraska. In-comparison to high school, I found the University of
Rochester to be extremely diverse along racial and ethnic lines. Yet, from my experience, the student body is also very segregated. However, this is not unique to Rochester – I can probably ensure that this is true for any private university. 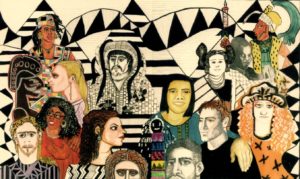 The friend group I begun with in college was very different than the friend group I ended with. For my first two years of college, my friends were predominately white, most of whom were wealthy. This is not to say I was not involved with other racial groups on campus or other organizations. It was more so the case that the people in my first-year hall were predominately white, and it was the social group I fell into.

As I became more involved with minority student organizations, my friend group began to slowly shift to being one of predominately people of color. This was something I actively chose to do. At one point, I took a step back and realized that my friends were not racially or ethnically diverse. I think everyone should have a moment like this, because it means something.

If you attend a school where there is a sizable amount of non-white students, but most of your friends are white, and the events that you attend are predominately white, and the social circle you’re involved in are predominately white, you should probably step outside of your comfort zone and consider how whiteness is perpetuated and reified in these spaces.

The way each and every person navigates this is different. I am not saying to tokenize people of color and make friends with people of color to have “an enriching college experience”- that’s problematic. I am a person of color, so for me, it was important to deconstruct aspects of my identity that were whitewashed.

The expansion of my circle made me increasingly more comfortable in college in an
indescribable way. I did not have to explain the nuances of racism to my friends. It’s racist to say that you’re not attracted to dark-skinned people. It’s racist to say the n-word. It’s racist to think of the outer-Rochester community as “ghetto” and “hood.” It’s racist to arm Public Safety. My friends of color just understood me. I didn’t become fearful about the types of micro-aggressions that may occur.

But, this went beyond me. I started to realize how impactful campus segregation is in context of the livelihood and protection of students of color. To put plainly: when you are trapped and placed in a white space, you simply cannot grasp the severity of the issues and policies that affects the lives of the individuals on-campus on an interpersonal level.

Once more, this isn’t to essentialize white students, or speak to their own experiences, or criticize white students for “underreacting.” It’s to illustrate how whiteness protects people from politics, because their racial identity is not being attacked, or killed, or murdered.

Now, we live in a climate of Black Lives Matter, and the current election. Consider how
redlining has prevented communities of color from accessing education. Consider how
intergenerational poverty persists where some students have to work to pay tuition, books, and food. Consider how some neighborhoods live in food apartheids and do not have access to nourishing food. Consider how a student may be the first person in their family to go to college. Consider the types of spaces you are in. Consider the types of classes you take. Ask yourself: How many books have I read about this subject? How many classes have I taken?

I hope these questions will make some of you think of the ways whiteness functions in your day-to-day lives, and make you consider how to position yourself as an ally to empower and protect communities of color. Colleges are unique because they are melting pots for students of various backgrounds to come together and interact. Take advantage of this and use this as an opportunity to become a better, stronger critical thinker.